Finland's tribute to innovations for a better life.

The Millennium Technology Prize highlights the extensive impact of science and innovation on the well-being of society. The Prize is one million euros and awarded every two years by Technology Academy Finland TAF to an individual or to a team of any nationality. The State of Finland, academic institutions and high-tech industries established the Prize in 2004 as Finland’s tribute to innovations for a better life. The Patron of the Prize is the President of the Republic of Finland.

The Millennium Technology Prize is awarded for groundbreaking technological innovations that benefit millions of people around the world by:

The call for nominations begins approximately one year prior to awarding the Millennium Technology Prize. Nominations for the Prize are welcomed from organizations around the world and from all fields of technology, excluding military technology. The Prize can be awarded to an individual or to a team of any nationality. All individuals who deserve the Millennium Technology Prize for the proposed innovation must be named in the nomination. The Prize is intended for innovators in the active stage of their careers. Self-nominations are not accepted.

The International Selection Committee carries out a thorough evaluation of the Millennium Technology Prize nominations. Based on the evaluation, the committee then makes a consensus decision of whom to propose to the Board of Technology Academy Finland as the Millennium Technology Prize winner(s). The committee is composed of eminent professionals from academia and industry with broad knowledge and collective expertise covering the fields of the Prize.

The decision of the Millennium Technology Prize winner(s) is made by the Board of Technology Academy Finland and is based on the proposal of the International Selection Committee.

The 2020 Millennium Technology Prize winner(s) will be announced and awarded at the Award Ceremony on 18 May 2021. The Prize is presented to the winner(s) by the President of the Republic of Finland, patron of the Prize.

How textile is made out of wood? 🧵

Our partner @MetsaGroup is trying to demonstrate a new way of converting wood-based pulp into textile fiber.

The Millenniun Innovation Forum, on 19 May, offers you a unique access to see some highlights of the textile fiber demo plant on a virtual visit with Metsä Spring’s CEO Niklas von Weymarn.

According to scientists at the Massachusetts Institute of Technology (MIT), plastic bags can be turned into fabrics that are more environmentally friendly than natural fibres. The fabric is made from polythene, a ubiquitous plastic, woven on industrial looms into cloths that are comfortable to wear. The innovative cloths have potential uses in sportswear and marketable fashion. Researchers are also considering using these fabrics in a high-quality spacesuit, designed to shield against cosmic radiation.

The fibres are designed to let water escape and can be dyed in different colours! Even better is that they have the potential to be recycled into new garments, and thus making the fashion industry more sustainable.

Melinda Ann Gates is an American philanthropist and a former general manager at Microsoft, the world's largest computer software company. In 2000, she and her husband Bill Gates co-founded the Bill & Melinda Gates Foundation, the world's largest private charitable organisation as of 2015.

"The future that we are going to get is ultimately about human choice. To predict and shape the future we need to connect different planes of thought, engage with people who have a different background, embrace interdisciplinary dialogue and learn deep listening," says René Rohrbeck, one of the Millennium Innovation Forum 2021 speakers.

What will our future look like? Join the discussion online on 19 May ✨ ... See MoreSee Less

Millennium Innovation Forum on 19 May

“One of the biggest fights that we need to win is about defending a fact-based debate.”
View on Facebook
·Share

Many drugs, especially those made from large proteins, cannot be given as a pill because they get broken down in the stomach before they can be absorbed.

Robert Langer, an American chemical engineer, scientist, entrepreneur and inventor was awarded the Millennium Technology Prize in 2008 for his work on controlled drug release. Langer was the founding figure in the field of large molecule controlled drug delivery.
It’s thought that, dubbed the Edison of Medicine, Robert Langer’s work was the basis for, among countless other innovations, long-lasting treatments for brain cancer, prostate cancer, endometriosis, schizophrenia, diabetes, and the drug-coated cardiovascular stents that alone have benefited 10 million patients.

Today, he continues developing innovative solutions for challenges in the world of drug delivery. He is one of the ten Institute Professors at the Massachusetts Institute of Technology and works on various research projects along with other researchers at MIT, such as a new novel drug capsule coated with tiny needles that can inject drugs directly into the lining of the stomach after the capsule is swallowed.

In animal studies, the team found that the capsule delivered insulin more efficiently than injection under the skin, and there were no harmful side effects as the capsule passed through the digestive system. Although the researchers tested their capsule with insulin, they anticipate that it would be most useful for delivering biopharmaceuticals such as antibodies, which are used to treat cancer and autoimmune disorders like arthritis and Crohn’s disease. This class of drugs, known as “biologics,” also includes vaccines, recombinant DNA, and RNA.

#InnovationsForABetterLife campaign celebrates the upcoming Millennium Technology Prize announcement and The Millennium Innovation Forum on 18-19 May 2021!

We are proud partners of the Millennium Innovation Forum that unites visionary people to discuss how technology and innovations impact our societies and bring us into the future. Join us on 19 May 2021!
#MIF2021 #innovationsforabetterlife https://twitter.com/millenniumprize/status/1379411687384756225

The #MIF2021 will discuss The Big Picture with Frontier innovators and business pioneers. How to use #technology as a driver of #sustainablegrowth? What are the grand challenges of the world?

Claim your place at the forefront of technology on 19 May and get your ticket! 🎟

Business Finland's Director General @NinaKopola will join #MIF2021 and The Big Picture session with frontier innovators and business pioneers. Claim your place at the forefront of technology on 19 May.

The #MIF2021 will discuss The Big Picture with Frontier innovators and business pioneers. How to use #technology as a driver of #sustainablegrowth? What are the grand challenges of the world?

Claim your place at the forefront of technology on 19 May and get your ticket! 🎟

Zero-Carbon aviation just got a step closer with the launch of the first hydrogen-powered plane taking off in the UK. ✈️

Find out more in @BBC_Future:

‘The ecosystem has reached a tipping point. It is up to us to act – and we must act now.’ Professor Julia Lohmann wants to embed design into decision-making. #CleanEnvironment #innovationsforabetterlife #MTP2020 #MIF2021 https://www.aalto.fi/en/news/julia-lohmann-we-know-too-much-and-do-too-little?utm_source=twitter&utm_medium=social_own&utm_campaign=&utm_content= 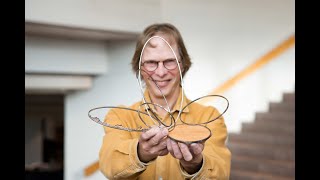 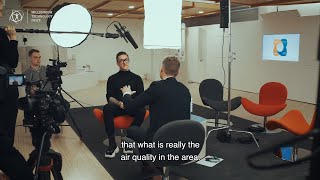 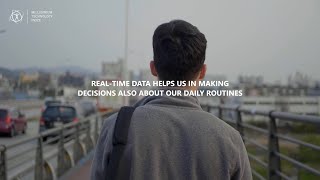 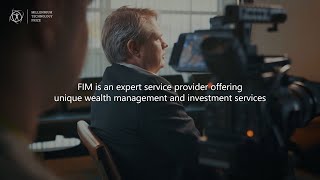